This is a short story about the adventures of a rabbit and an acorn, who go through a traumatic experience in a special dark forest in Spain. It's an experience that will severely alter their lives.

If you enjoy our work: please consider supporting us on Patreon. We are also on Twitter and YouTube. For links to these services: visit us online at imsuperserious.com.

Good day ladies and gents! I hope we are doing well today. It’s a wonderful day here in the studio. Our whole crew is here today, yet again, thankfully. We have the lovely Ethan James, our producer. Markus Dewitt, our sound engineer. And Quincy Jones, our post-production editor. These are the best guys in the industry. Everyone’s in a nice, calm mood today. The air is full of comfort and happiness and that’s how it should be. So, we’re going to get right into today’s story right now. This is a nice little short story for you folks. I hope you enjoy it:

There once was a rabbit and an acorn. They lived in a lush forest in northern Spain. They lived together under the roots of a three hundred year old tree that creaked and whistled in the wind every night. The rabbit could eat the acorn, and maybe the acorn could eat the rabbit if you believed it enough, however none of these scenarios would ever play out. They lived and stayed together in absolute harmony. They cuddled each other in the coldest of winters, and stood together in the sun beams of the warmest summers. They were happy and healthy and nothing could bring them apart.

They were tuned into taking daily adventures together out into the dark woods. They looked forward to these adventures as each morning rose. Rain or shine, they ventured out to explore and forage until they were exhausted. There was no corner of their forest that was unexplored. They were familiar with every tree, every hill, and every song sung by the large variety of birds that livened up their forest daily, with rich tunes of love and life. The birds of the dark forest even loved to follow the rabbit and the acorn as they ventured off to explore and take in the rich air of the forest.

You might be wondering how the acorn is even able to leave its humble home under the old three hundred year old tree. The solution for its travels is quite simple: the acorn sits in the cheek of the rabbit, typically it’s left cheek in a similar fashion to how squirrels carry acorns and other nuts. The acorn's thick outer shell keeps away the moisture from the insides of the rabbit's mouth, from its own fragile, soft insides.

Now, as they venture out together, the rabbit occasionally opens its mouth to let the acorn take a peak of the surroundings and to also get some fresh air that exceeds the quality of the rabbit's repetitively warm breath. When they reach one of their various resting spots in the dark woods, the rabbit lets out the acorn gently onto the ground to take in the abundant, loyal surroundings of their incredible forest home.

These resting spots are extremely enjoyable for them both. It’s the perfect opportunity for them to fully take in the entirety of their dark forest. This is the best time to absorb the atmosphere and lifeblood of the forest. They both sit back and close their eyes and take in every breeze, every sound, and every heartbeat of all living life throughout their forest. Once they’ve taken in as much as they could handle, the rabbit puts the acorn back in his cheek and they venture forward.

However, one late Spring day a rainstorm came along that lasted for weeks. It was an extremely powerful rainstorm that made the three hundred year old tree start to crack and lose many of its branches. These branches broke off and crashed down onto the ground that was already smothered in a thick layer of rainwater. The rain flooded the depths of the dark forest and it started to flood the home of the rabbit and the acorn. They were violently awoken by a large tree branch that slammed onto the ground and ended up mostly blocking the entrance of their home. As they awoke, they entered a state of panic as rainwater slowly filled up their once-quiet homestead they have lived peacefully inside of for years. Anxiety and fear fill their tiny souls. The entrance is blocked and the water is rising. The comfort that once filled the air has become riddled with grief.

The rabbit, after spending a few moments to gather his composure, knew they needed to escape, and escape fast. The water level was now at the rabbits neck as the acorn floated on the turbulent waves in their home. The acorn was being thrashed back and forth, among the vigorous waves. The waves were bred from the turmoil of the situation and from the agitation of their worst fears.They needed to get out now.

The rabbit pushed with all its might against the large branch that blocked the entrance. It pushed with every ounce of energy he could muster up as the acorn became one with the violent waves tossing it against the walls and ceiling. Suddenly, a large boom is heard followed by a large cracking sound. The three hundred year old tree they lived under was struck by a giant lightning bolt which split the tree in half. The rabbit is thrown back towards the opposite side of their home next to the acorn and rapidly puts the acorn in his cheek. Each one of the flaming halves of the three hundred year old tree slammed onto the flooded grounds and shook the entire forest to its core. What followed was an eerie silence. The crashing tree pulled its own roots out of the ground as it fell and violently opened up the home of the rabbit and the acorn. They were finally free as rushing rainwater engulfs their entire home from top to bottom.

Immediately after the three hundred year old tree crashes down, one of its roots tooses up debris from inside the home, including what looked like the acorn, into the wild terror of the storm, as the rabbit watches in distress. The rabbit makes it out of its flooded home and stands on top of one side of the fallen three hundred year old tree. The rabbit, soaked head to toe, and sore all over, quickly hops off as the tree is blazing hot and smoldering from the powerful lightning strike. The rabbit splashes into the water and is now swimming along the forest floor among endless broken sticks, leaves and debris. He searches frantically for the acorn. He searches far and wide and uses whatever energy he has left in him to find his acorn.

After over an hour of searching, the rain starts to pick up and the water level on the forest floor starts to rapidly rise. The rabbit will soon have to give up as he is running on fumes now, just moments away from collapsing in exhaustion. He eventually grips his little rabbit feet on a branch sticking out of the ground under water, and is able to catch a few breaths as he figures out what to do next. He doesn’t know where to go as he didn’t see where the acorn landed. As he grips the tree branch, his little eyes examine everything he can see hoping that something–anything will resemble an acorn that may end up being his acorn. But, he finds nothing.

The rabbit then notices that he is quite thirsty, with plentiful water everywhere. He realizes that maybe drinking some water would help him think more clearly. With his anxiety still through the roof, and his little heart racing quicker than a jet plane, he throws his head underwater to take a few strong gulps of muddy rain water.

His first gulp is a massive gulp of water. And then he realizes he swallowed something large. He yanks his head above water in a quick frenzy as time stands still. He can almost see each individual raindrop freezing in mid air. A silence takes over the entire forest; it feels like his heart stops. He just realizes that he swallowed the acorn. But not any acorn: his acorn. He then remembers it being in his left cheek the entire time, after he gulped him up right when the three hundred year old tree got hit by lightning. He tries to force himself to throw up, to vomit up the acon, but he is unable to. His acorn is gone, and gone forever.

The rain subsides. The rabbit's tears stream downwards as it mixes with the rainwater-riddled forest floor. He looks up as the sky opens up and the sun comes out. He presses his stomach with his hand and he feels the acorn inside him. At least, he thought, they will be together forever. He then passes out and falls into a deep, warm dream of him and the acorn. Then he slips into unconsciousness. The rabbit and the acorn become one and become whole with the forest. The rabbit then drifts under the water back into his home with the acorn. The three hundred year old tree, split in half, is reborn into two trees that grow strong and full of life–full of the life of the rabbit and the acorn, of which the forest will never forget.

That’s it folks. Thank you so much for listening.

For exclusive episodes: subscribe to our Patreon. We can also be found on Twitter and YouTube. For these links: visit us online at imsuperserious.com. Be well and good night. 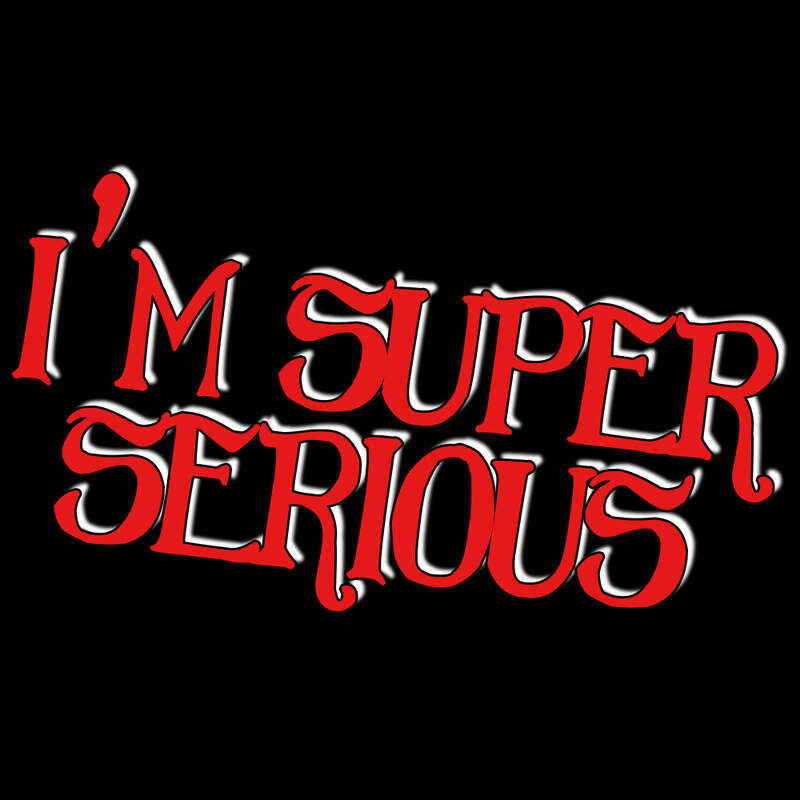